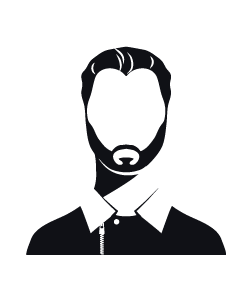 Hello! My name is David and this is my car blog. The articles which I produce for this site will cover a range of car-related topics. The funny thing is, I only learned how to drive when I was 40 years old. Up until that point, I had lived in a big city and I used public transport to get everywhere. However, later in life, I moved out to the countryside. When this happened, I soon realised that I would need my own car. Thankfully, since buying a car, I have had the expert support of my local mechanic who has taught me lots of cool things.

Importing foreign cars from Europe and the USA is becoming an increasingly popular choice for many Australian motorists. If you have decided to import a foreign made car, you may be tempted to take it to a regular mechanic when it needs repair or maintenance work. However, doing so would be a mistake. You should instead take it to a mechanic who specialises in servicing and repairing imported cars. Below is an overview of 2 reasons why you should take your foreign made car to a specialist mechanic.

The mechanic will understand the layout of an imported car

While it is true that all automobiles have wheels, engines, carburettors, crankshafts, fuel tanks, fuses and other components, all of these parts won't necessarily be in the same position when you look under the bonnet. Foreign cars may be designed quite differently to standard Australian models, which can make it tricky for a mechanic who is not knowledgeable of the layout of the components to locate them. The mechanic will also not understand the idiosyncrasies of particular foreign automobiles, which could cause them to misdiagnose a problem.

However, a mechanic who has experience with foreign models of car will have a good working knowledge of the location of various components and the common problems which particular types of vehicles often face. This knowledge will allow them to carry out any repair work quickly, efficiently, and at a good price.

All modern cars have a computer fitted which controls engine systems, monitors fuel consumption and temperature control. If one of these systems becomes faulty, the computer will log this and generate an error code. When a mechanic connects a computer which contains diagnostic software to your car, they will receive information which will help them to repair the problem. However, a mechanic who only deals in Australian made vehicles is unlikely to have the diagnostic software required to download information from a foreign car's computer. However, a mechanic who is experienced in repairing imported cars is likely to have the digital tools he needs in order to diagnose the exact cause of the problem.

Imported cars are gaining popularity. If you are driving a foreign vehicle and it has developed a mechanical fault or requires a service, you should get in touch with an auto repair shop which deals with imported vehicles.